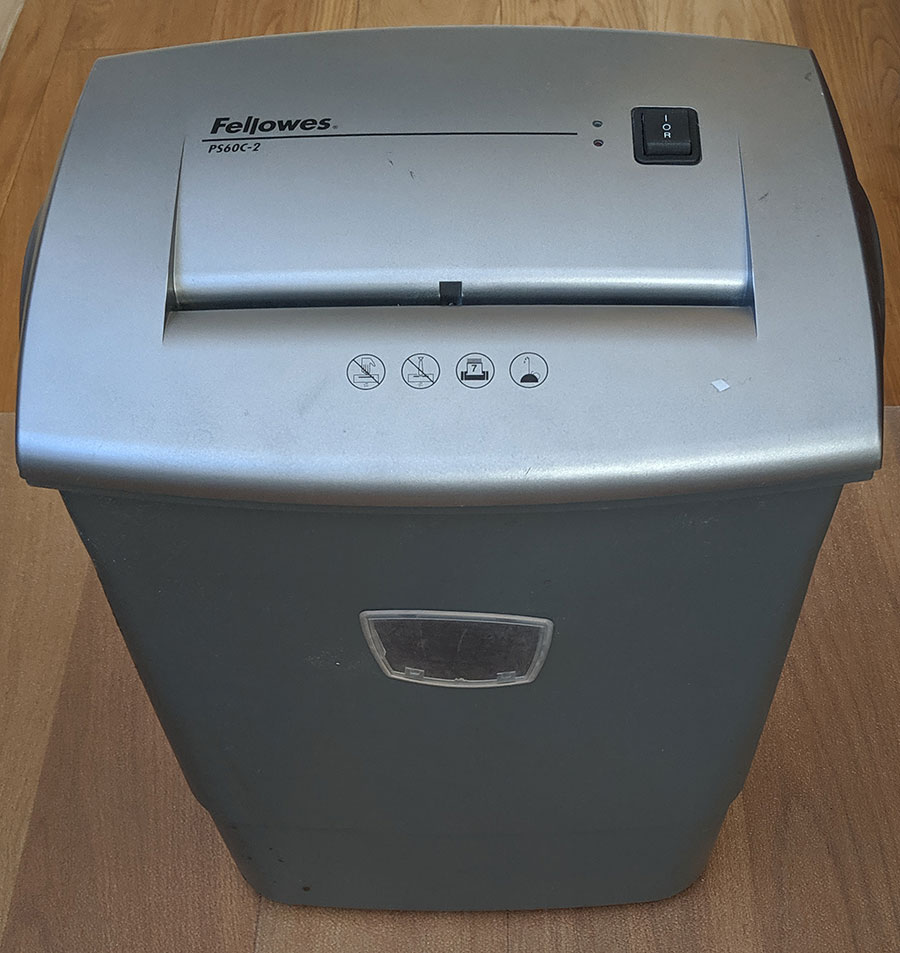 I have a Fellowes PS60C-2 paper shredder. some months ago it stopped working, so I opened it up. 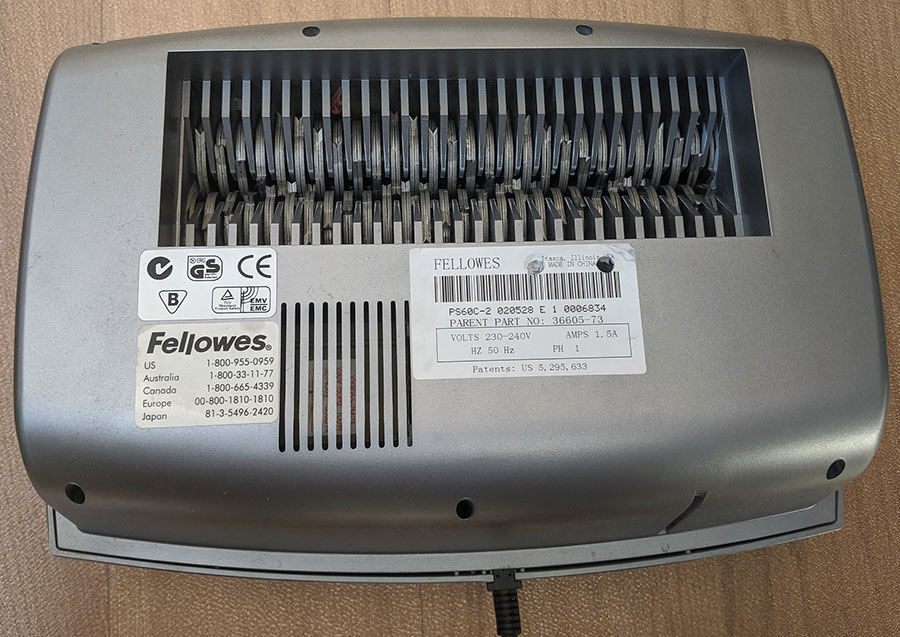 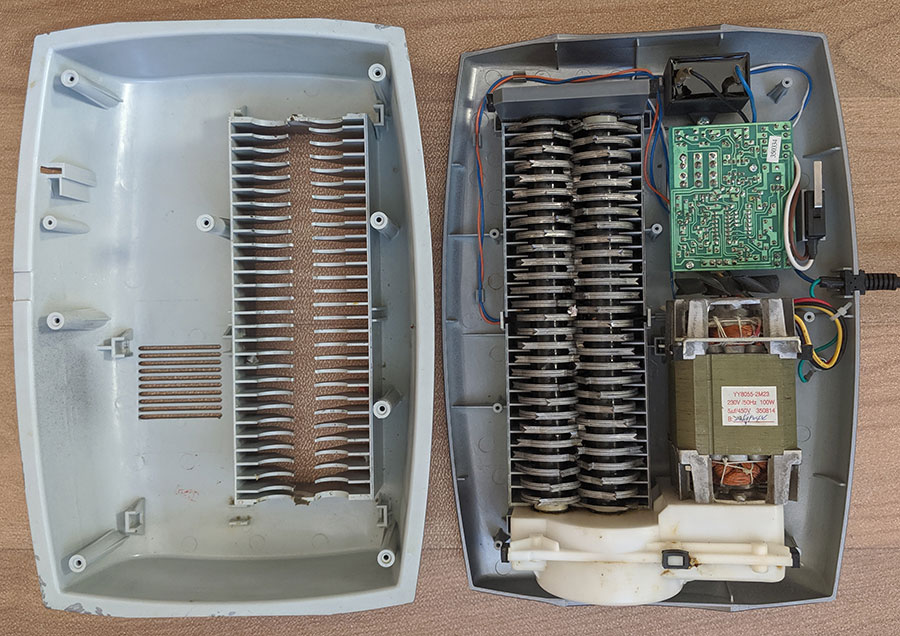 that revealed a tooth on one cog had sheared off and shattered. 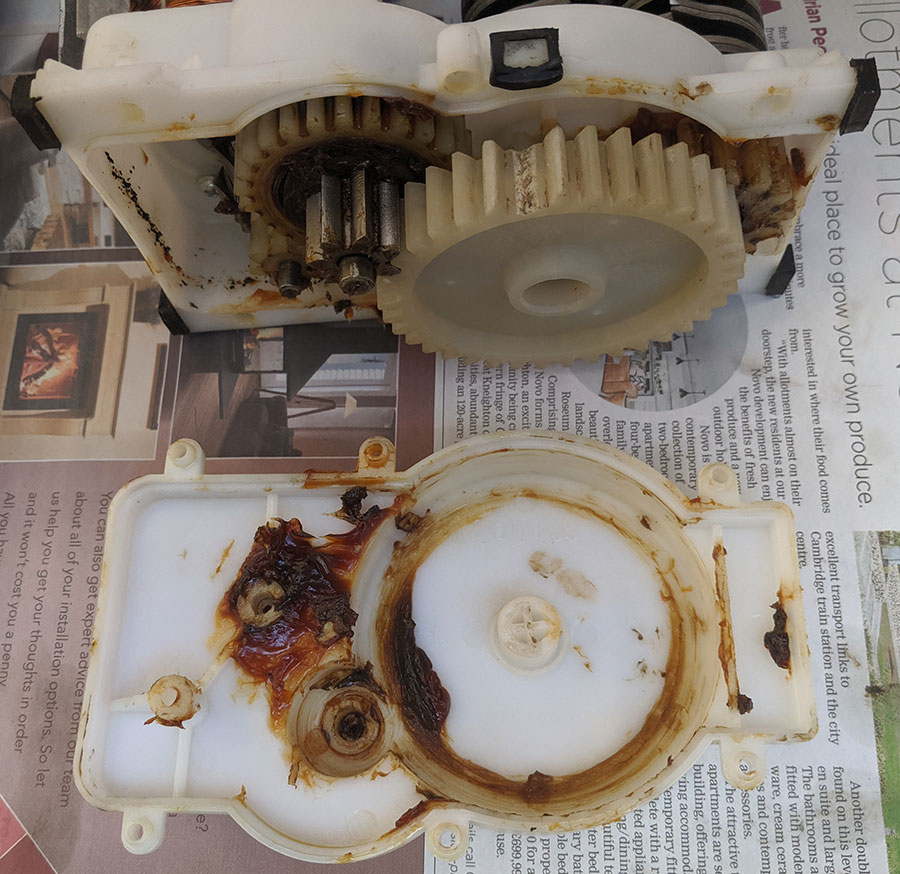 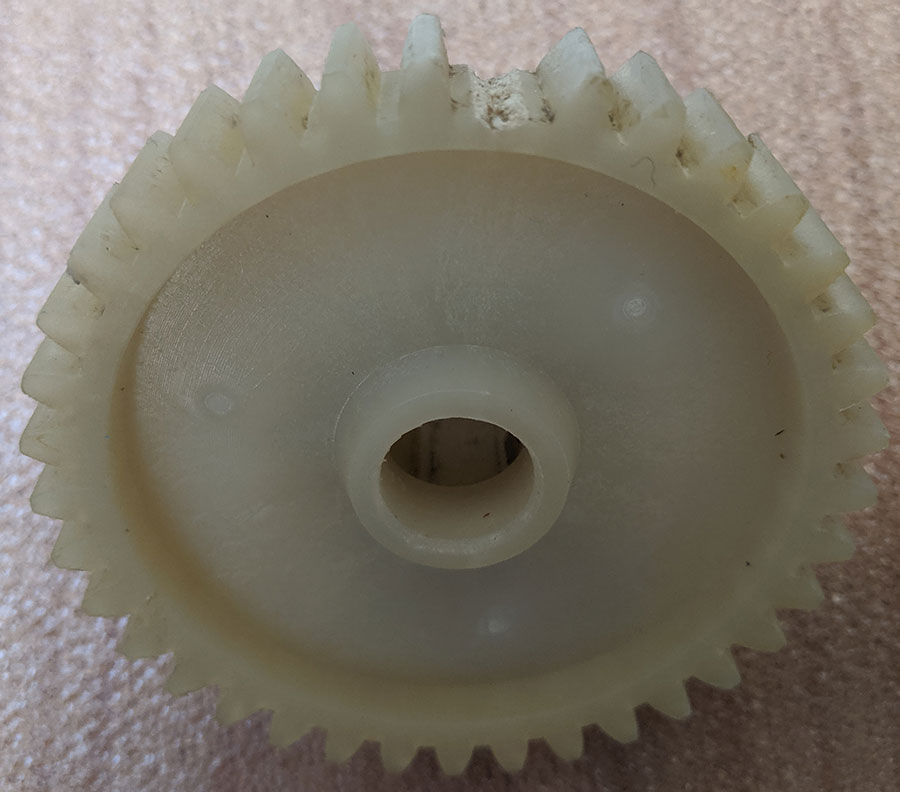 a search online for spare parts yielded nothing for this relatively elderly model (over 16 years old, so not bad going).

I could find a similar model on Amazon for about £40. however, I doubt that would last anything like 16 years. as the model I have cost £80 in 2002, which is worth about £115 today, I probably need to spend over £100 for something that will last.

this highlights a big problem with prices: they are poor indicators of value. for a good like a shredder or a washing machine, it would be more informative and fairer to be charged an annual price. as it is, we have to play a lottery. if you pay £400 up-front for a washing machine, you might get lucky and get ten years’ service, at £40/year; if you’re really unlucky, you might get just two years, at £200/year. there is of course a problem with this: a family of six will use the machine much more intensively than a retired single person. so, maybe we should be paying per hour of operation.

back to the shredder … other than a broken cog, the shredder looks to be in good order, so I wondered if I could find someone to 3D-print a replacement cog. I posted a request on the Cambridge Makespace forum.

shortly afterwards, Drew Ewen responded. we met. I gave him the broken cog to work from. he created a CAD (computer aided design) file and converted it into instructions for a 3D printer. 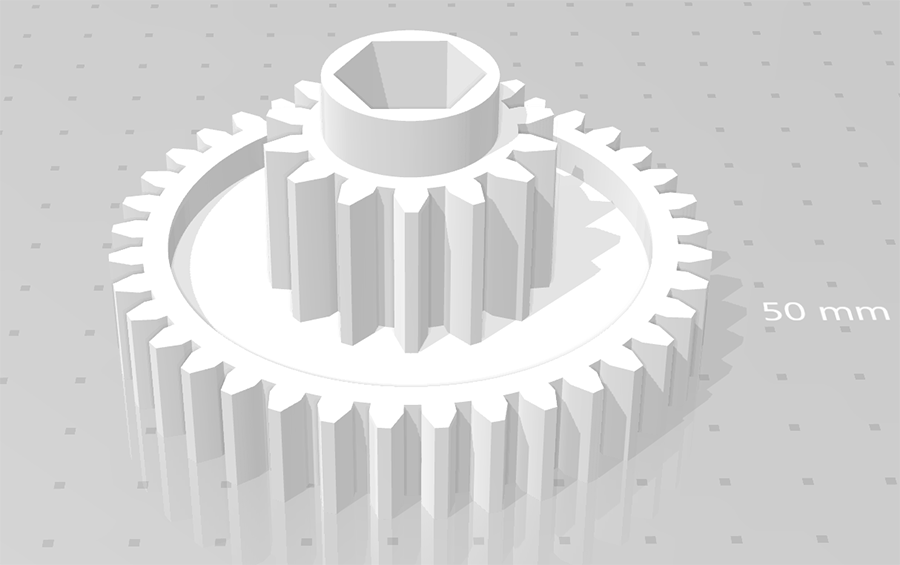 after a couple of failed attempts printing, he had a good-looking replica for me.

I replaced the broken cog with the replica. 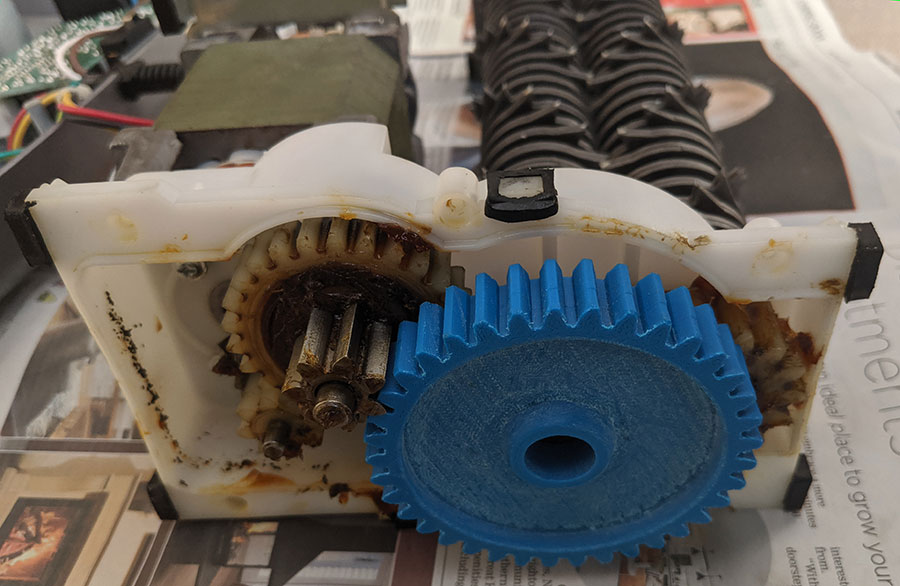 I reassembled the case and gave the shredder a whirl …

I paid Drew a modest amount for his time and materials, which was considerably less than I would have had to pay for a comparable replacement shredder. so, I’m happy to have saved some money, avoided incurring a large carbon cost and saved a large item from going to landfill (some of the metal might have been recycled, but probably not much else).

This site uses Akismet to reduce spam. Learn how your comment data is processed.